I hope everyone is staying safe and healthy during this pandemic. On my end, I've been taking time to revisit some old hobbies of mine. I saw the Stronghold Collection on Steam for sale and thought, "well, why the hell not?"

Since it's been 9 years since my last Stronghold project, I decided to give myself a map-making challenge: create a 400x400 *good looking* marshland and design a scenario around it. I've found the oil / marsh textures to be notoriously difficult to work with in the editor, and I've never done a 400x400 map before, so I figured it'd be a suitable challenge. 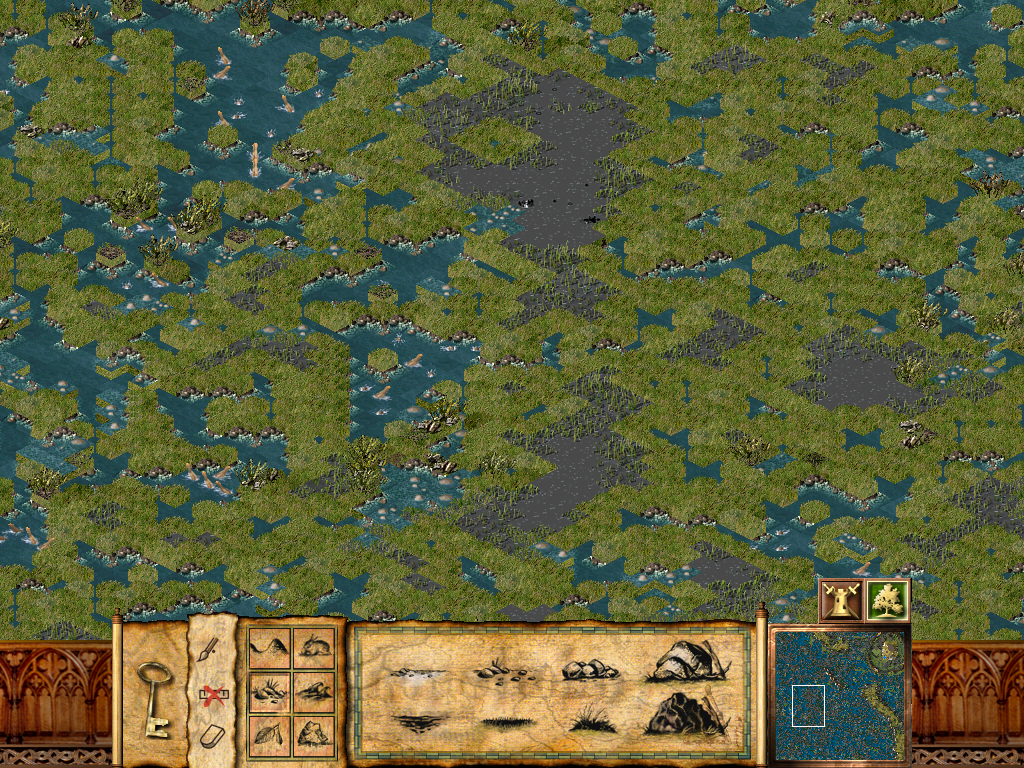 Beyond creating the actual marsh, the second step was to imagine what a marshland castle (and the roads leading to that castle) would look like.

I wanted everything to look decrepit and abandoned; as if the the earthworks built up to support these structures were slowly being retaken by the marsh itself. I also wanted to play around with the idea of "unlocking" building space, so I threw in some moat to bring the look together. 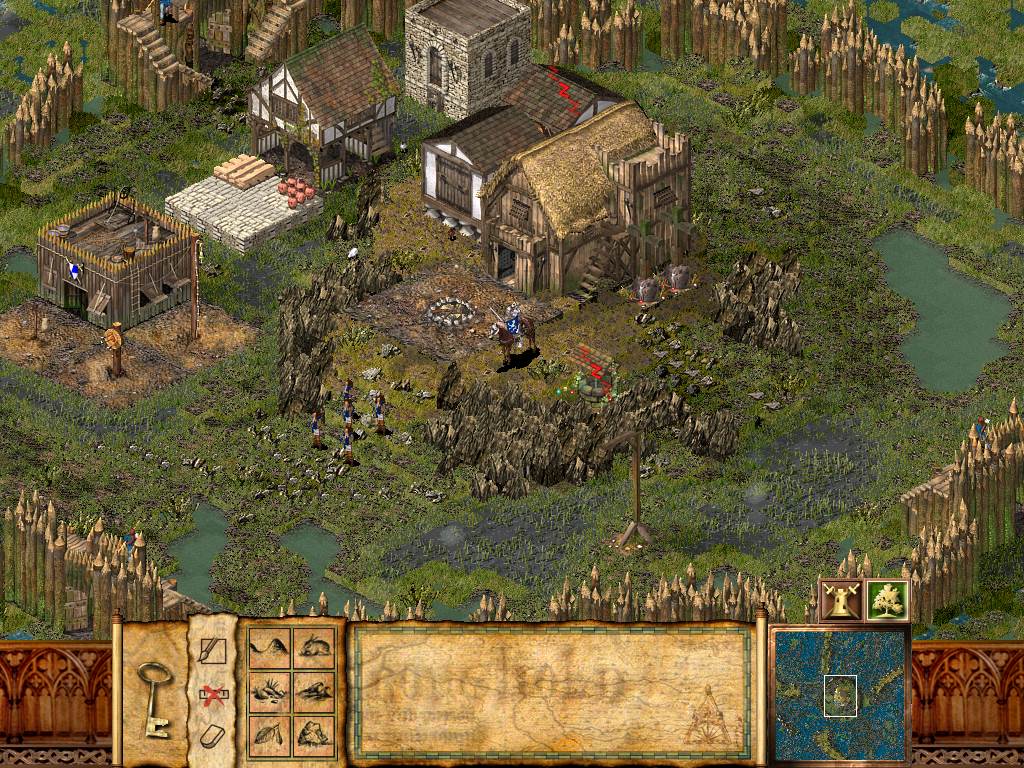 And here's a shot of one of the three roads: 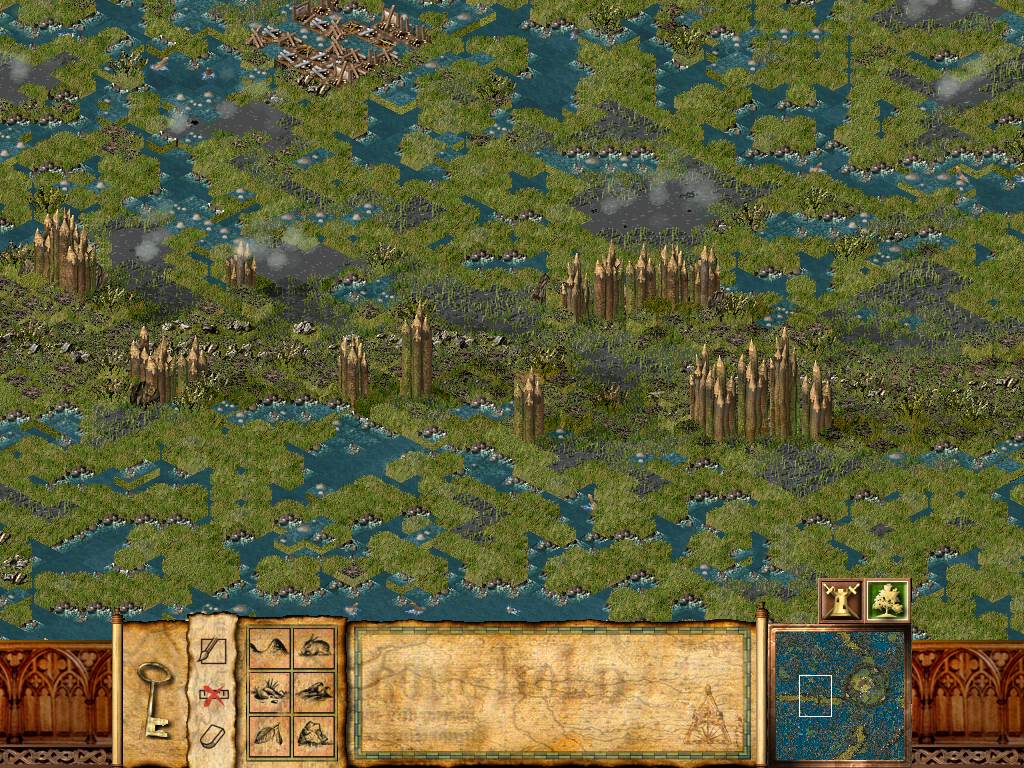 As for the scenario, I wanted to create an economic puzzle wrapped up in an invasion.

------------------
The gist of the story here is that you've been sent by your father to check on your brother out in the marshland. You've brought your own son with you (represented by the knight above) and a small contingent of soldiers. When you arrive by way of the sinking road, you discover the castle completely abandoned. It doesn't take long until the first Undead warrior appears, and you realize you must take over the keep and get it in defensible shape.

However, martial strength alone is not enough to defeat such an enemy! One of your soldiers is a man of the cloth (and here I realized I should have put a monk somewhere--which I'll do--but I'm too lazy to do it now and retake the screenshot), and says that only powerful holy magic can properly quell the Undead uprising. To that end, you must build a chapel in order to consecrate the earth.
-------------------

-Repeating invasions that won't stop until your blessing % hits 75%.
-Needing to dig out the marsh (read: moat) that's eroding the walls (blocking wall construction) and taking up valuable build space.
-Your only income being the production and sale of pitch.
-Needing to balance food, income, happiness, and progress toward the chapel before the invasions overwhelm you. 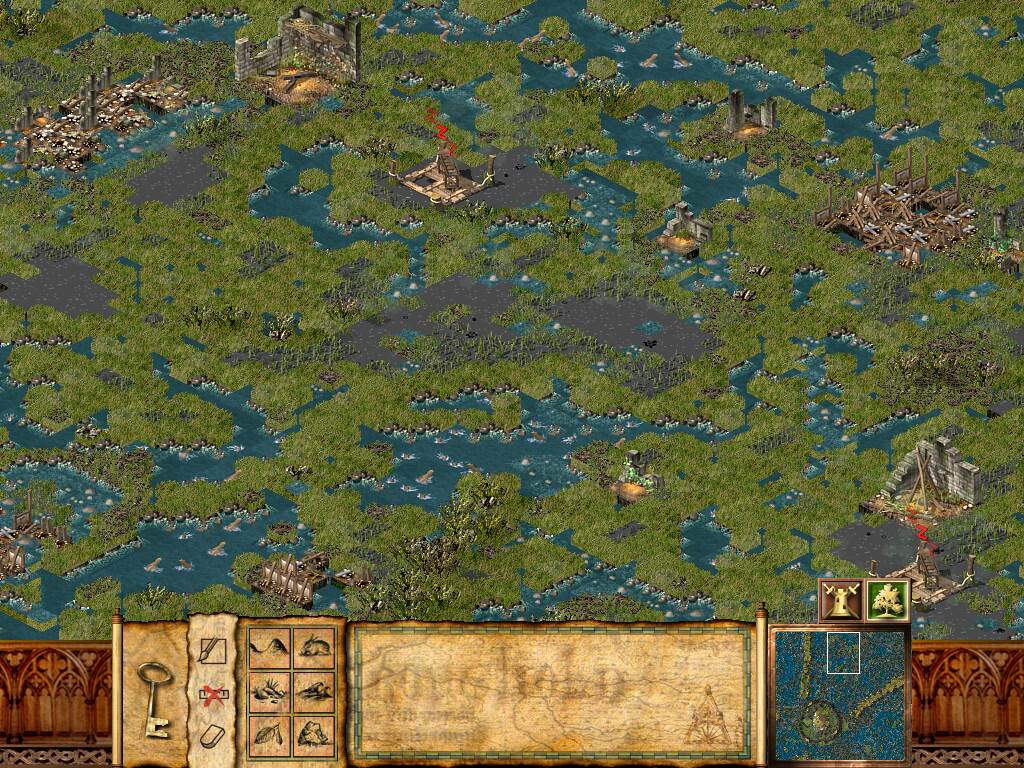 Seems as if these Undead belonged once to an old civilization you're now trespassing on! No wonder they're so angry!

I think I may want to add some more terrain features before final release, and I still need to actually write the story, but so far I think it's looking good! If you have any comments or suggestions please don't hesitate to speak up!

Thanks for reading!
"It was a fine cry, but it had no bottom and it had no top, just circles and circles of sorrow."
Author
Replies:

posted 05-14-20 14:40 EST (US)     1 / 11
This looks really good! Have you finished this map, and if yes, can it be downloaded? It looks like it's going to be pretty interesting scenario to play. The story is nice too!
Stronghold Crusader crests and faces Stronghold 2 crests
Stronghold Europe website Stronghold Europe maps

I submitted it a couple weeks ago but haven't seen it available for download yet. Do you know who I could contact about that?
"It was a fine cry, but it had no bottom and it had no top, just circles and circles of sorrow."

posted 05-30-20 08:50 EST (US)     3 / 11
The moderators come to approve the submissions from time to time. As I see, the latest approved file is from February. So it's likely there are files even from March which just haven't been approved yet.

posted 06-09-20 22:11 EST (US)     5 / 11
Well this is an unexpected surprise. Hope to see this thing show up in the downloads sometime soon.
-DOOMBRINGER-
"DOOMBRINGER, make a parking space IMMEDIATELY!"
"DOOMBRINGER declares it to be SO!"
"DOOMBRINGER, I command you to lay siege to THE ISS!"

"It was a fine cry, but it had no bottom and it had no top, just circles and circles of sorrow."

posted 01-06-21 10:33 EST (US)     11 / 11
Looks intresting keep going
If you like very big battles, i suggest you to try Massacre at Tenjin
Stronghold 2 » Forums » Stronghold and Crusader: The Map Room » The Dead Rise Here - by Captain Diablo
Top
You must be logged in to post messages.
Please login or register
Stronghold 2 | HeavenGames